An Afternoon Concert with

to be followed by drinks and canapés

A stimulating and fascinating afternoon of music and song: Daryl Runswick (composer, arranger for The King’s Singers, jazz musician, broadcaster) plays an unusual electric double bass in Beethoven’s A major Cello Sonata Op 69. His wife Alison Truefitt accompanies him on the piano. Then the tables are turned and Alison (singer and poet) sings Daryl’s new song cycle Life, suddenly, accompanied on the piano by Daryl.
The twelve songs in the cycle range in style from the concert-hall to the music-hall, from bird- song to boogie-woogie, quoting Mozart, Rossini and Bach on the way. They describe a woman’s life journey, splitting up with a partner, living alone in the countryside as a writer, falling in love twice (with a new place and with a new man) the decline and death of her mother, and her final arrival at some sort of spiritual accommodation. 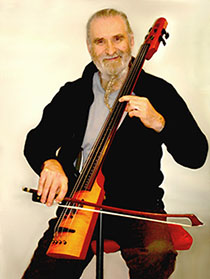 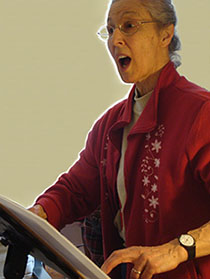