A concert celebrating the genius of Vienna in the late 18th century.
Josef Haydn had brought the string quartet form to perfection, Dittersdorf was a favourite composer in both Prussia and Austria, and the young Mozart composed his quartets as a tribute to the master: Haydn. Come and learn how these three great figures - and a fourth - all met and made music together on a famous occasion.

This historic meeting was recorded in the diary of the Irish tenor Michael Kelly who was present in Vienna at the time. The Revolutionary Drawing Room have recently recorded an outstanding double album celebrating this event, and readings from Kelly's diary, read by the actor Simon Russell Beale, set the scene on the CDs. To compliment some wonderful playing the recordings are also beautifully presented in a specially designed sleeve. Copies will be available at the concert.

The Revolutionary Drawing Room is that rare group, a string quartet that performs late 18th- and 19th-century repertoire with a sound derived from the beauty and flexibility of gut strings. The political upheavals of the time were matched by a breathless pace of change and the forging of new styles, forms and tastes both in the music and in the instruments used. The players use original bows, or modern copies, and often employ more than one in a concert depending on the range of repertoire. They also enjoy talking to audiences, explaining the background of the works being played and the choices of equipment and playing styles.
www.revolutionarydrawingroom.com 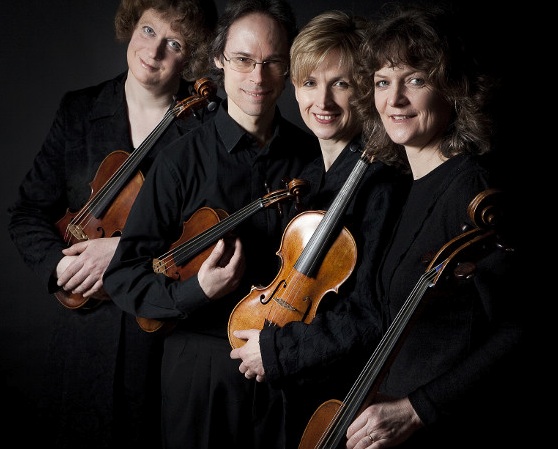